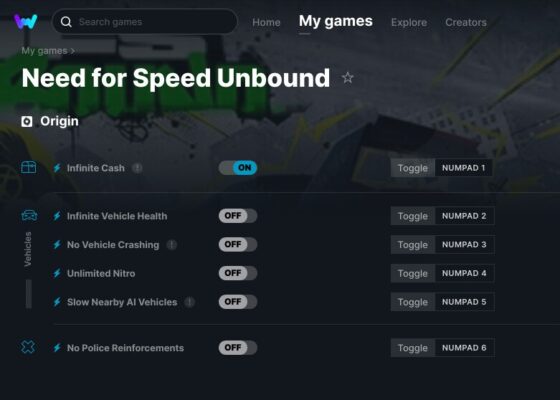 Here you can find Need for Speed Unbound Trainer for the latest game version (1.0). Currently we have free cheats from GreenHouse.