The King of Fighters 15 (2022) is a new fighting video game. Since its debut in 1994, the KOF fighting game series has been driving the world to new heights of excitement with its appealing characters and unique game system. Six years have passed since the last title in the series, and now KOF XV surpasses all of its predecessors in terms of graphics, systems, and online experience! 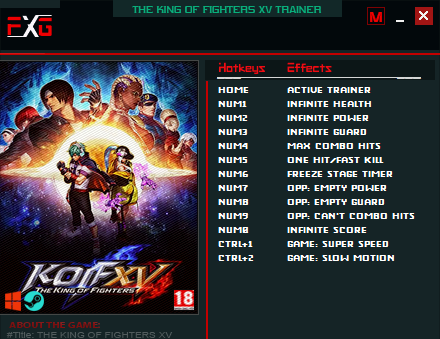 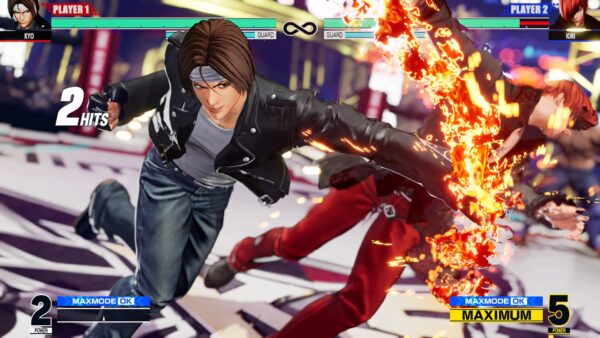 At the moment you can download cheat engine table for latest PC game version (1.51+) created by ndck76. Trainer for KOF XV by FutureX already available!