Heroes of Might and Magic 3: HD Complete (2015) is a turn-based strategy game, originally released in February 1999. Fifteen years later, rediscover the epic tale of Queen Catherine Ironfist, as she re-embarks on her critically acclaimed quest to unite her ravaged homeland and re-conquer the kingdom of Erathia. 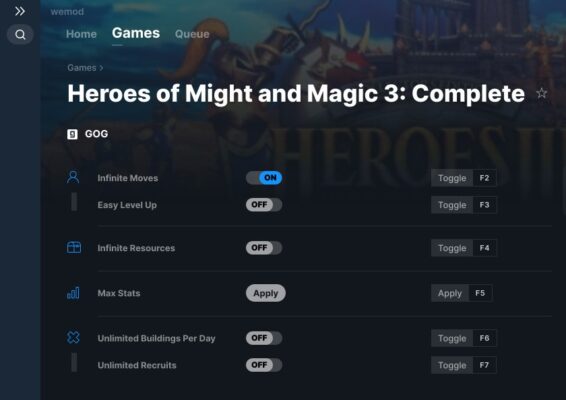 Here you can find Heroes® of Might & Magic III HD Edition Trainer for the latest game version (4.0 / Steam / GOG). Currently we have free cheats from Vagera/WeMod.